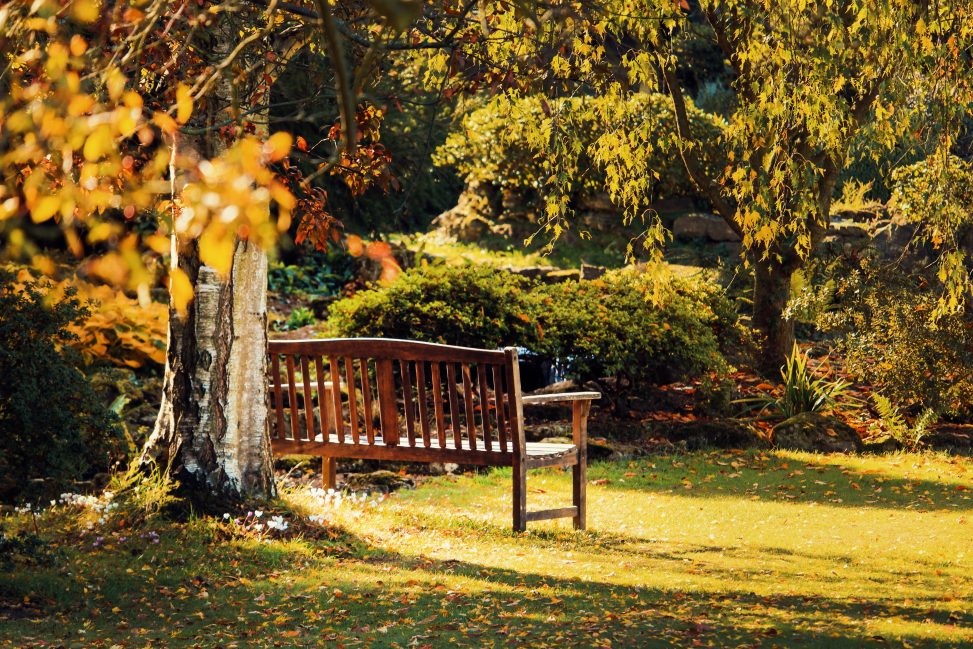 Understanding shade in an unfamiliar garden

If you are looking to move to a new house it can be a challenge to understand how the shade will play across an unfamiliar garden and so in this second article dealing with shade I am going to explain why south facing gardens are not always the best but also give you a quick and simple way to work which parts of a garden are always going to be in the shade.

The “facing” of a garden is determined by (you) standing with your back against the wall of the house so you face the main area of your garden.  If you are looking south, then your garden is south facing.  Looking north?  You have north facing garden and so on.

So if you have a south facing garden, then where you are standing is the spot that will get the most sun – sounds good but if you think about it, where you are standing is almost certainly going to be the patio, decked area etc. that leads out from the house. Great if you enjoy sitting out with the midday sun beating down on you but perhaps not so great if you were hoping to have a lovely view out across your garden and to where all the sun worshiping flowers are going to be planted.

In other words, south facing gardens are not always quite as desirable as they may seem. It doesn’t really matter what the “aspect” your garden is, there will be areas that get lots of direct sun and areas that get little, if no, sun.  The important thing is to know which these areas are and adapt your planting, seating etc. to suit what you want from your garden.

A quick reminder before we carry on, for us here in the UK – the sun rises in the east, crosses the sky (being at its highest in the south at mid-day) before setting in the west.

You can also use something like Google Maps to view a garden from above and that will also show you which aspect the garden has and so where the sunny and shady spots will be.

Always in the shade

Walking around an unfamiliar garden on a dull day thinking about planting and the like whilst working out which parts will always be in shade might seem difficult but bear with me, it is pretty straightforwards.

As noted, over the course of the day the sun will rise in the east, set in the west and be highest in the sky at noon but also over the course of the year the height of the sun will also vary which adds to the mix. In the summer months the sun is at its highest so the shadows will be shorter and in the winter months when the sun it is at its lowest, the shadows will be longer.

So if you have a fence, the outside of which faces south and the inside of which is facing north then the sun will always cast a shadow over the area immediately inside the fence.  In the summer the shadow will be shorter and in the spring and autumn longer.  In winter high walls, fences or hedges may actually mean a lot of the garden is always in the shade.

The question when it comes to thinking about planting is how long will the shadow be so you can work out which parts of a garden are always in the shade.  The precise answer to which can be found with a little bit of not too complicated mathematics and a calculator that can do trigonometry calculations.

The calculation we need to use is this…

The length of the shadow at a given time will be the height of the barrier divided by the trigonometric “tan” of the angle between the ground and the sun in the sky at that time. 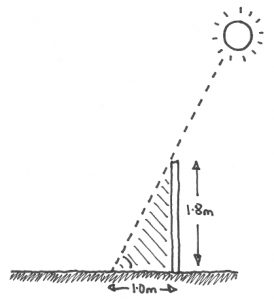 In March and September (so early spring and early autumn) the sun is lower in the sky (around 39°) at mid-day so the length of the shadow for the same fence will now be around 2.2m (about 7ft) shown in another diagram below. 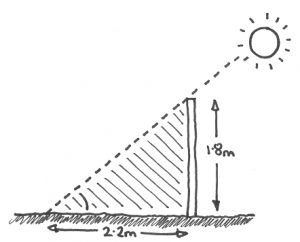 With this new found knowledge we can also see that there is a rough rule of thumb that can be applied to work out the shadow length at key times of the year:

The majority of walls, fences and hedges will usually be about 1 or 2m high so we only need to remember a few numbers but with our rule of thumb it is very easy to work out the how much of the garden behind a barrier is always going to be in shade for the growing season and so adjust our planting accordingly.

Shade in an unfamiliar garden

As I hoped I have shown, south facing gardens sound great but that is not always the case. The point is that there will be parts of the garden get lots of light but just as importantly some that are always in the shade you just know which is where.  Also, those shady spots offer plenty of great planting choices that will be going strong long after the sunny spot plants have faded.

Before we finish, a few things to note:

Where to find out more information

The Gardener’s World Website has an excellent article on types of garden shade, aspects etc. and includes a few planting suggestions based on the various parts of the garden that are in shade.

There are quite a few websites that provide calculators for the angle of the sun however the majority are, to be honest a bit confusing, so of those available I would suggest this is the easiest of the lot:

Stuck and need some hints and tips on planting for and maintaining a North facing garden? Then this article at the Up Gardener’s Website might well be worth a quick read: