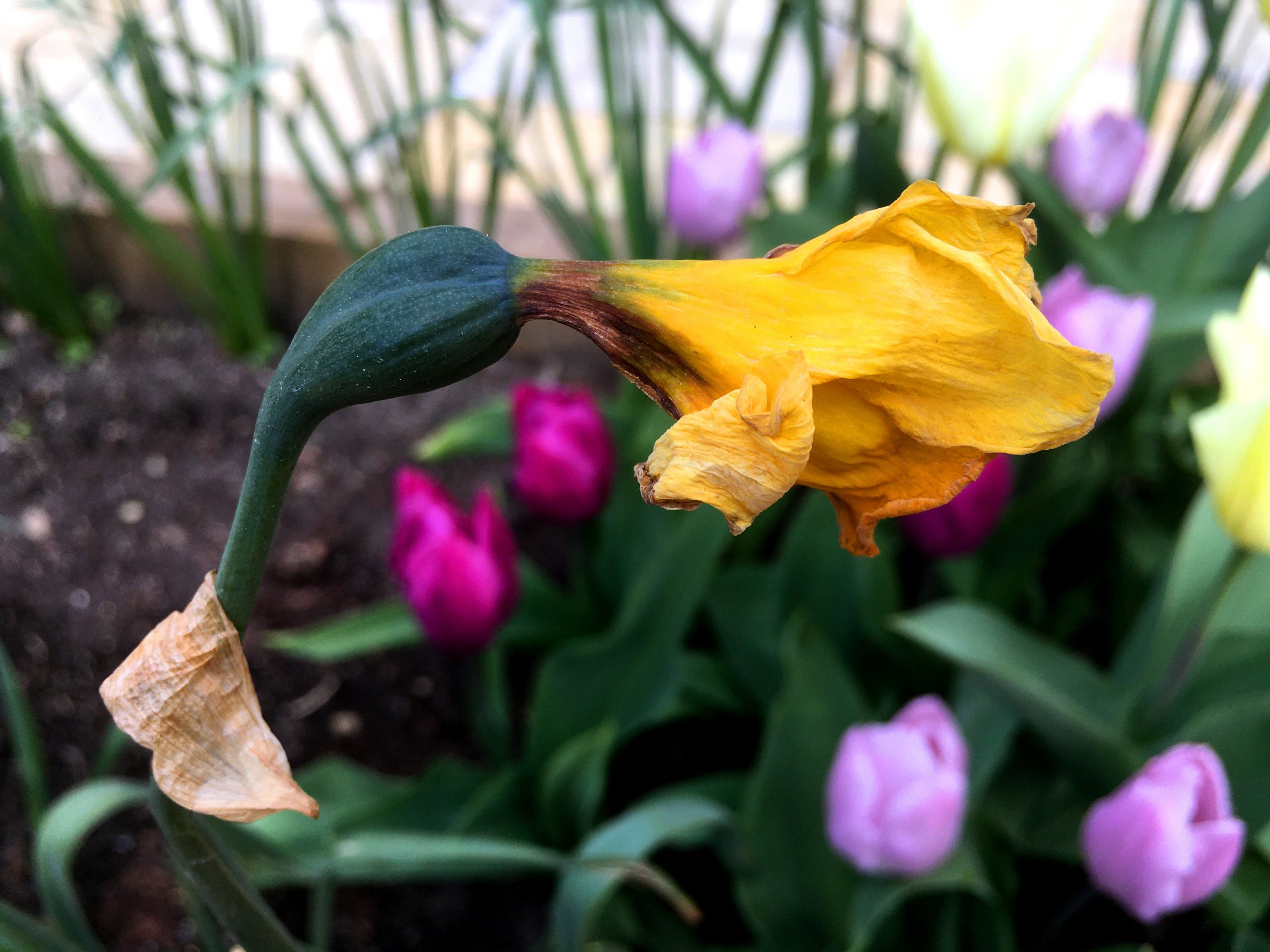 Should you be deadheading your daffodils?

A patch of daffodils never fails to cheer us up but when they are starting to fade, oh such a sorry sight.  So, should you deadhead daffodils?  Given that patches in the verges do not get deadheaded and yet return year on year in a blaze of glory the answer should surely be no.  This was the question put to the Gardener’s Question Time panel recently and a question I have asked myself and been asked several times and so I wanted to find out what the answer was. Of course, it depends who you speak to so I looked at all the usual sources and see what they had to say about this and here are the results.

Oh and why was it those patches in verges and woodlands do well year on year? The answer is the leaves can die back without people coming along to “tidy them up” and as they are left to their own devices they are naturally replacing the older bulbs with newer so such congregations will always do well.

What the RHS says…

So, looking over all the expert opinion the consensus is yes you should:

And if you don’t… your daffodils will still be back next year but probably not quite as good a show.

I thought the Ashbridge Nurseries view was the most comprehensive of all those offered, they also explained why you should leave the stalk but also continue to water and feed and offered the very best way to deal with the problem of the dying leaves.

Oh, and that matter of tying in knots or binding the leaves… I have tried this (one of the leaves used as a tie), it does make for a neat look, but following the advice it will be reducing the leaf/stem area available for photosynthesizing and more so if the leaves are being broken as they are being tied/bound. I am pretty sure if you tie very loosely and keep them well fed and watered, they would be just fine, but the consensus of others is not to tie or bind them.