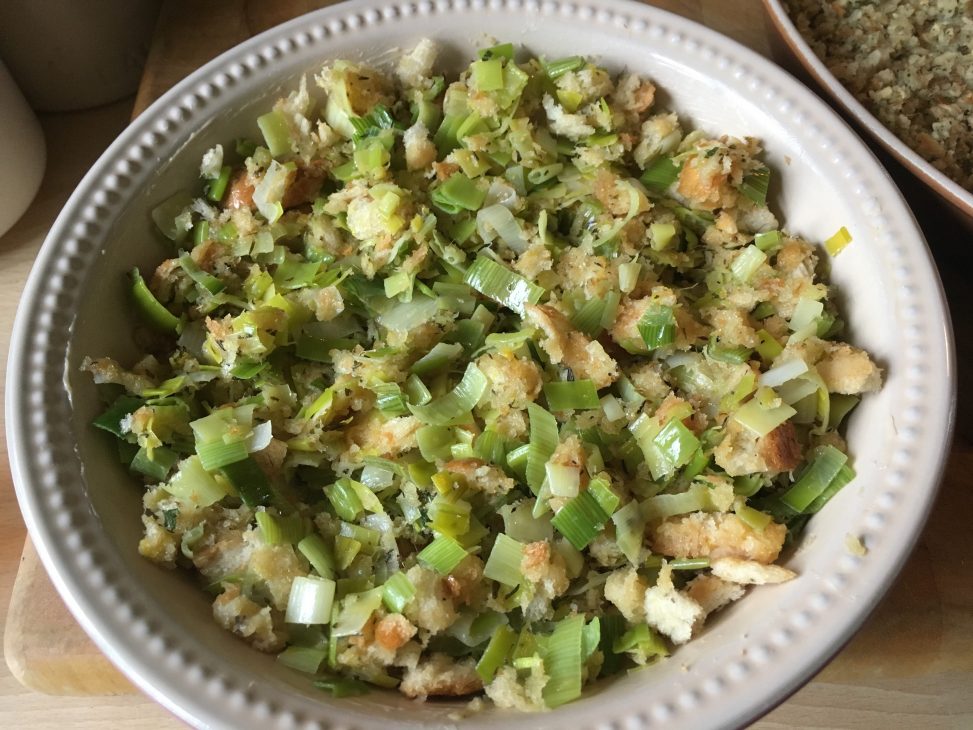 It is always nice to have a couple of different stuffings on the Christmas Dinner table however we were a bit behind in that department and so needed to find a simple stuffing we could do with what was to hand (which on Christmas Day was plenty of leeks!)

I planted around 30 leeks in the summer (which are still being harvested) and though a bit on the short side they are still perfectly fine so as ever a quick check of the web and I found a quick and simple Leek and Sage Stuffing recipe (from Riverford Organic Farmers).

I swapped the fresh sage for a teaspoon or so of dried thyme, added some grated lemon zest but otherwise went with the recipe as is using three leeks we had. The picture below is before it went in the oven so a mix of fine breadcrumbs and some more chunky bits. Unfortunately I can’t show you the after picture as it went straight to the table and then was gone!