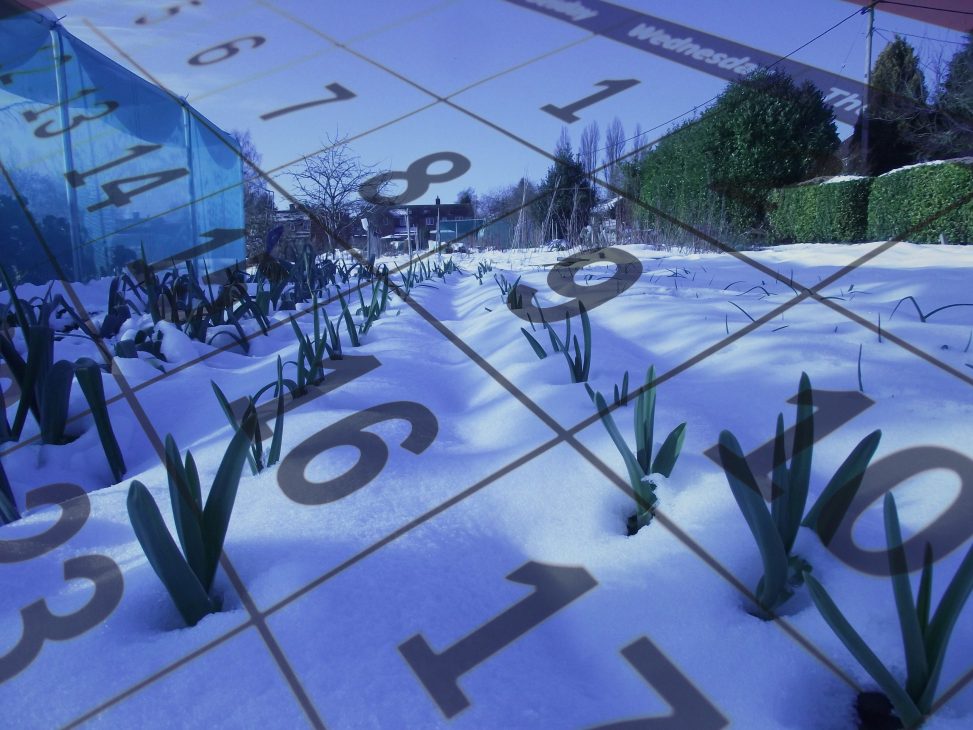 Knowing your mid-winter from your late summer

Stick your head in any kind of gardening book or article and at some point the writer might say something like “Late winter is a great time to prune such and such…” but they don’t actually explain when late winter is – how frustrating!  Let me explain…

Knowing your mid-winter from your late summer is a bit of insider knowledge essential for any keen or aspiring gardener and as a bonus you can impress () your friends with your new found knowledge!

As an aside, writers of books and articles are often thinking about different parts of the world so mid-winter is going change depending on where you in the world. For example, mid-winter in Australia is June but in the UK it is December. Either way it is the month when there is the least sunlight and so plant growth is going to be at its slowest. That is the point the writer trying to make but that doesn’t help when you are trying to translate mid-spring to where you are.

However for those of us in Didcot, England, UK, Europe, Earth (where I currently am) the following are the gardening months: