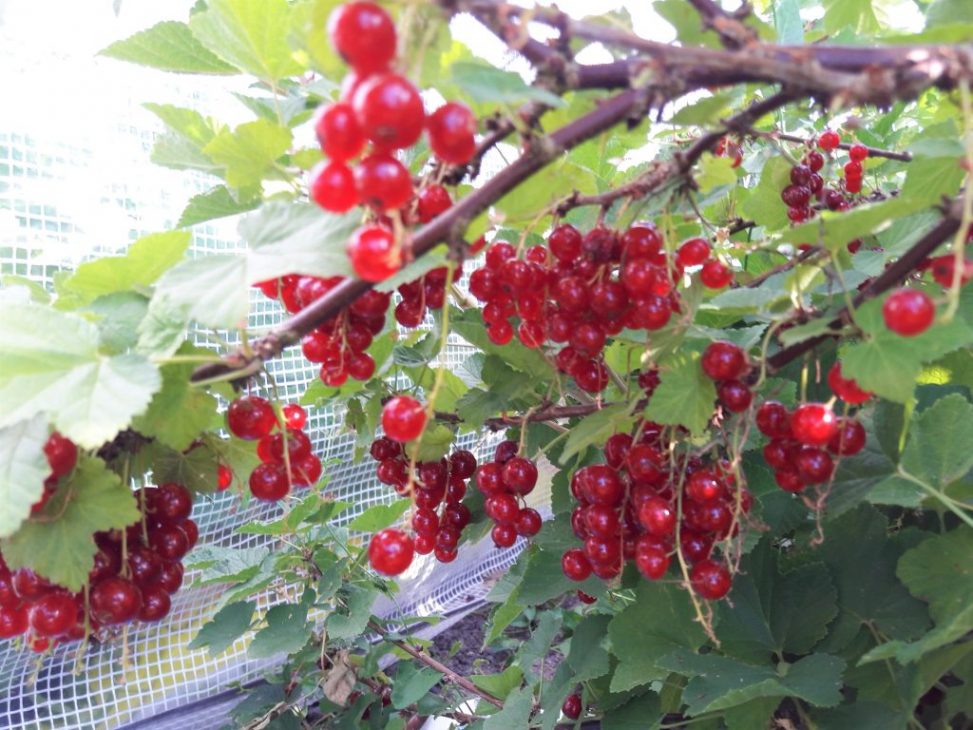 The redcurrants were ready for picking at the beginning of July but space in the freezer was already running low so what to do with all those redcurrants?  As it was another hot afternoon I thought we should have a bash at making some redcurrant cordial.

So we have the redcurrants now to find a recipe.  There were a few to choose from but I went for this one from The Quince Tree as it looked straightforward and it is – the cordial is very satisfying indeed.

So far I have done four 500ml bottles and it is really good when mixed with sparkling water.  The sugary taste is noticeable if you try it as soon as you have made it but leave it a couple of days and that goes away.  It also keeps well, I have had some bottles for a few weeks now and still good.

I wanted to do a fancy picture (just for my own amusement and that of MrsB as she was spectating) and so forked out for a couple of Kilner bottles from Wilko and after a bit of “arrangement” the result can be seen below – it does taste as good as it looks so will definitely be doing some more next year.  In the mean time we have a few bags of redcurrants in the freezer ready to be made into redcurrant jelly once the hot summer finishes.